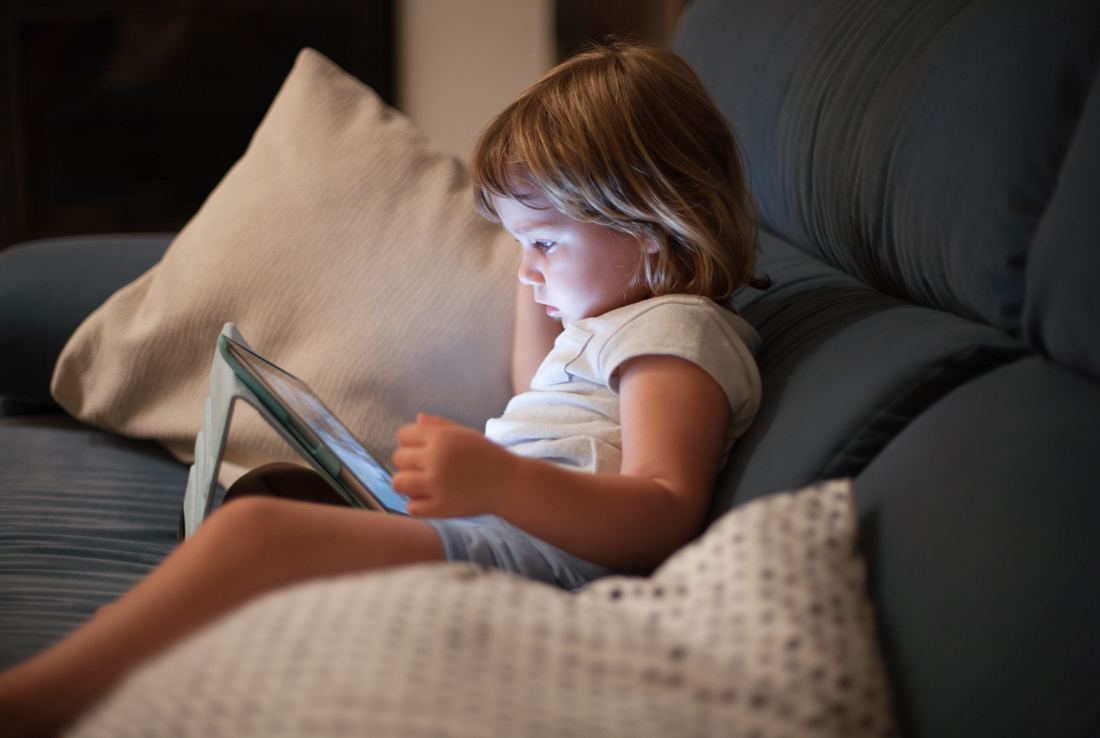 Laptops, smartphones, tablets, TVs – children are surrounded by screens in their daily lives, and as technology advances, screen time will only increase.

There is value in a certain amount of exposure to computers and other technology for children; after all, it is something they will encounter throughout their lives and having a working knowledge of basic technological skills is a must for school and, in their futures, the workforce. However, can children have too much screen time? This is a question that many parents ask, but not many are able to find solid answers to.

The American Academy of Pediatrics (AAP) has released several statements regarding media use by young children, as well as guidelines and tools to assist parents in intentionally planning the exposure their children have to screens. Some of their recommendations may surprise you!

Ages 0-2
This one’s a hard one: the AAP released their report, Media and Young Minds: Council on Communications and Media, where they state that because of the way in which young children are learning and developing at this age, they “cannot learn from traditional digital media as they do from interactions with caregivers…”. Real, personal interactions are very important at this stage of development for children, and while there is some indication that older children in this age bracket (from 15 to 24 months) can learn things from interactions over video chat, there is not much evidence to suggest that media use is beneficial.  There are also some concerns about children at this age using screens too much. The AAP recommends avoiding digital use, except video-chatting, until around your child’s two-year birthday.

Ages 2-5
Things become a little more relaxed here – the AAP cites studies showing that good programming, such as Sesame Street, can actually benefit development of your child. Parents should navigate educational apps carefully, though, since many are not developed by educators from well-studied curricula. Even with the potential benefits from media use in this age bracket, certain skills, like paying attention for long periods of time, are best learned from playing and interacting with other children and with adults. Ultimately, good quality programs and apps can be used to help your little one learn their ABCs, but they should only play with the smartphone or watch TV for about an hour a day.

Conclusion
There are many more recommendations provided by the American Academy of Pediatrics at the above link, but the conclusions seems to suggest that, at least until your toddler reaches preschool or kindergarten, it’s better for him or her to run around outside or listen to you tell stories than to play Angry Birds for three hours. Moderation is key – screens aren’t evil, but they should be used with caution as your child learns about the world.

If you are still having trouble imagining how media might fit into your young child’s life, the AAP has a great resource called the Family Media Plan, which you can use to create a healthy schedule for media use. It’s simple, it’s easy, and it can help you make good decisions for your child’s development!