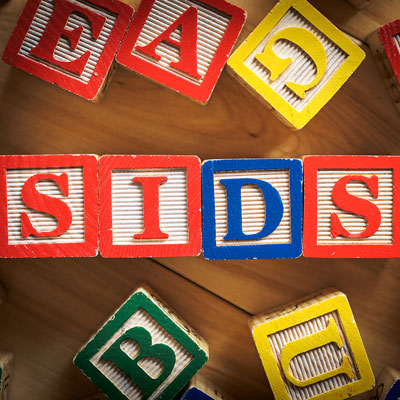 Parents who bring home a newborn are often worried about Sudden Infant Death Syndrome (SIDS). This tragic event is difficult to understand, so the American Academy of Pediatrics is making health news by releasing new recommendations to prevent SIDS in babies.

SIDS is the unexplained death of an infant less than one year old, and it usually happens while the child is sleeping. While generations of parents have been  with the fear and reality of “crib death,” scientists have yet to pin down the cause for this phenomenon. They believe that it is the result of an undeveloped part of the child’s brain that regulates waking and breathing. They do know that babies who are born premature and who have had respiratory infections are at a higher risk for SIDS.

In 2010, the last year these statistics were availble, over 2000 children died from SIDS. While these numbers are down significantly, it is important that parents know the facts so they can keep their baby safe.

There are things parents can do to reduce the chance of SIDS. One of the most important recommendations is putting a baby to bed on his or her back. Infants who sleep on their stomach or side are known to have more difficulty breathing.

Parents should also resist the urge to provide a soft, cozy environment for baby. Heavy comforters and blankets, pillows, and large stuffed animals can cover the child’s face, making breathing difficult. Cribs and bassinets should only have a tight-fitting sheet, and a lightweight blanket if necessary.

Pediatricians also recommend that infants not sleep in the parental bed. Sleep-deprived parents can be tempted to bring a child to bed with them in an attempt for everyone to get more sleep, but heavy blankets and pillows can cause asphyxiation. Tired parents may also unknowingly roll too close to the baby, not giving him or her enough room to breathe.

The American Academy of Pediatrics has just updated their guidelines for preventing SIDS to include another recommendation. New studies show that an infant who sleeps in the same room as the parent will have a 50% less chance of SIDS, so parents should have a crib or bassinet in the parents room for the first year, or at the very least, the first 6 months. They still recommend that infants do not co-sleep with parents, but have their own safe sleeping space in the same room.

Pediatricians make this recommendation because they recognize that parents are exhausted from taking care of a newborn child. In an effort to avoid falling asleep with an infant in bed after feeding him or her during the night, many parents were taking the child to a sofa or recliner. Often, parents would end up falling asleep there with the child, and that soft, cushioned area is even more dangerous to an infant.

The AAP believes that if parents have a crib or bassinet in their bedroom, they can feed the child and easily place them in their own sleeping space before going back to sleep, ensuring everyone gets enough sleep, and does so safely. Having the infant in the room will also enable parents to hear if the child has difficulty breathing.

In addition to the above recommendations, parents can reduce the risk of SIDS by breastfeeding when possible, offering a pacifier to the baby, and eliminating exposure to second-hand smoke.

Sudden Infant Death Syndrome is a great tragedy, and parents who have suffered from it deal with the emotional ramifications for the rest of their lives. In an effort to make sure fewer parents find themselves in this situation, the American Academy of Pediatrics stresses the importance of following these guidelines.